Towering over the city centre, The Landmark is picturesquely bounded by the lush Pearl's Hill City Park and bustling Singapore River. At the heart of the city-state's most dynamic nexus for business, culture and heritage, recreation as well as the arts, The Landmark is truly a landmark among landmarks.

Perched on the crest of Pearl’s Hill City Park, The Landmark rises above Chin Swee Road in its metallic architectural splendour. Looming over the city centre, the 39-storey The Landmark comprises 396 units of 1-,2- and 3-bedroom living spaces and 5 decks of lifestyle facilities at various heights.

The city lights will shine brighter than ever with new plans to transform the CBD into a 24/7 live-work-play district and the redevelopment of the southern coastline into the next generation Downtown. Adding further investment appeal are the upcoming SGH Campus Master Plan and Thomson-East Coast MRT Line.

Nesting upon the rolling hills of Pearl's Hill City Park, The Landmark is lushly embraced by dense greenery and wooded ambience of the 9-hectare parkland. Blending the best of city living and close-to-nature experiences, The Landmark brings about life's most memorable moments.

Arrive home in style at the plush main lobby fronted by a towering water feature which greets you with softly trickling water and a rain-inspired spectacle. Be embraced by the warmth of home even before you set foot into your house at The Landmark.

The Landmark offers 5 decks of holistic lifestyle facilities spanning from home entertaining to outdoor recreation and physical fitness. The gem among them is the above-ground 50-metre Infinity Pool which allows you to swim along the canopy of the well-aged Tembusu trees from the nearby park. 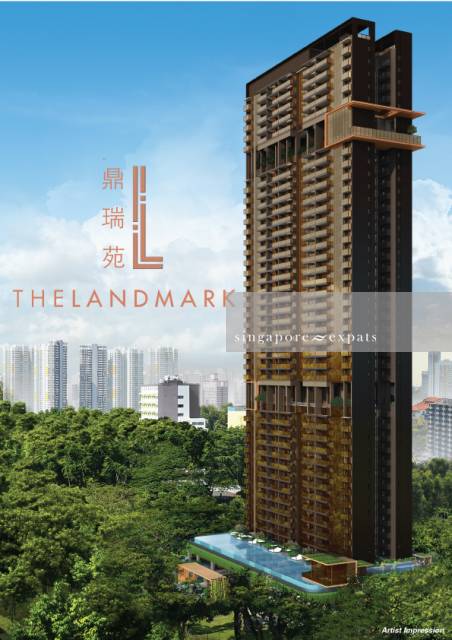 Nearest MRT Stations from THE LANDMARK

Nearest International Schools from THE LANDMARK

Nearest Primary Schools from THE LANDMARK

Facilities at THE LANDMARK

Properties Near THE LANDMARK

Recent Reviews for THE LANDMARK

No reviews for THE LANDMARK
Add a Review

Recent THE LANDMARK for Rent

Recent THE LANDMARK for Sale 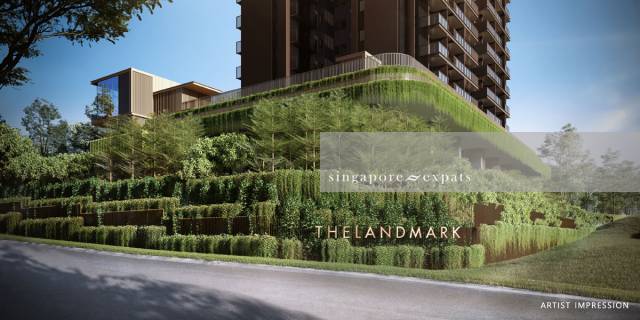 All listing of THE LANDMARK for Sale