White Water is an executive condominium project located at Paris Ris Street 72, near the beautiful and scenic Pasir Ris Park, Elias Park and Changi Beach.
Complementary to its name, water naturally is the main attraction at Whitewater. Apart from a spectacular foamy white water wall feature at the entrance, there are 4 pools in the condominium, including a 35m-lap pool, a fun pool, a jet pool and a swim-up Jacuzzi. What's more, there are many cozy niches and sunning decks where we can bask in the sun with peace and privacy. Add outdoor fitness stations, 2 tennis courts, a jogging trail, a playground, a foot reflexology path and indoor recreation facilities like a gym and steam rooms and you know why fitness fanatics like us love it here at Whitewater.

White Water is accessible via the nearby expressways - Pan Island Expressway (PIE), Tampines Expressway (TPE) and East Coast Parkway (ECP). It takes only 5 minutes or less to commute to the Changi International Airport. 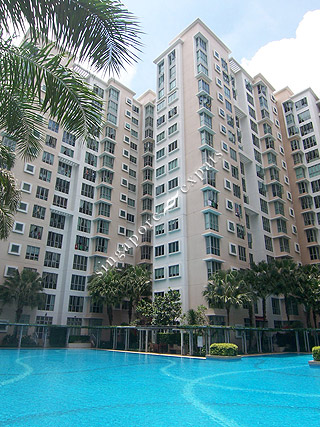 
WHITE WATER
Posted by Ravindran on 15 Mar 14
Beautiful condo with all amenities in walkable distance.
Recommended for:
City Living
Families with Children
Peaceful & Quiet
Asian Expats
Western Expats
Interior / Unit
Exterior / Facilities
Accessibility / Transport
Nearby Amenities
Value for Money
Overall
3 out of 5
WHITE WATER
Posted by Yolanda on 19 Aug 13
Very nice for the single person who likes relaxed area, and who works at the East area such as Pasir, Ris, Expo and Changi airport.

All listing of WHITE WATER for Rent

All listing of WHITE WATER for Sale