THE VINES is located at 12 LORONG SARINA in district 14 (Eunos, Geylang, Kembangan) of Singapore. THE VINES is a Freehold Condo development consisting of 35 units. THE VINES is completed / TOP in 2004 (estimated), developed by GUAN HOE DEVELOPMENT PTE LTD.

THE VINES is accessible via nearby EUNOS, KEMBANGAN and UBI MRT Stations. 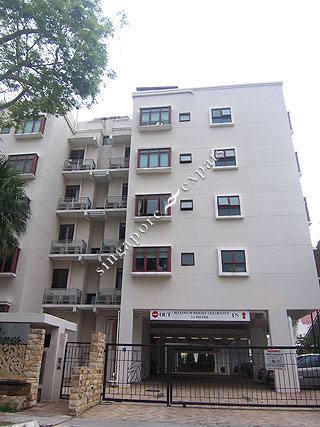 Nearest MRT Stations from THE VINES

Nearest International Schools from THE VINES

Nearest Primary Schools from THE VINES

Facilities at THE VINES

Properties Near THE VINES

Recent Reviews for THE VINES

No reviews for THE VINES
Add a Review

Recent THE VINES for Rent

All listing of THE VINES for Rent

Recent THE VINES for Sale