THE MEDALLION is accessible via nearby LORONG CHUAN, WOODLEIGH and SERANGOON MRT Stations. 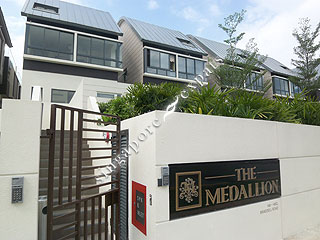 Nearest MRT Stations from THE MEDALLION

Nearest International Schools from THE MEDALLION

Nearest Primary Schools from THE MEDALLION

Facilities at THE MEDALLION

Properties Near THE MEDALLION

Recent Reviews for THE MEDALLION

Recent THE MEDALLION for Rent

Recent THE MEDALLION for Sale

All listing of THE MEDALLION for Sale